While I was an undergraduate, I knew managing personal finances was essential, but I had no idea where to start (finance is not the easiest topic to dive into, you know!). I did not have cable at the time, so I accessed Suze Orman’s financial advice by reading her books; and I applied whatever I learned from them to my life. After I got cable, I started watching Suze Orman’s show on CNBC and I learned a great deal, including the concept of good debt, bad debt. Having such knowledge avoided the stress that comes with accumulating student debt while studying to become a physician. After I graduated from medical school and began residency, I started paying off my student loans in minimal amounts. It was after I started working as an attending that I aggressively paid off all my credit cards and private student loans. I put a little extra money towards my federal student loans given the low interest rates on them. It felt like I was doing pretty well with Suze Orman’s advice, which explains why I never sought out personal financial advice from other thought leaders. When her show ended on CNBC in March 2015, I was devastated and thought, “where am I going to get my financial advice from now?”

Since the ending of the show, I was forced to do my own research on personal finance and lo and behold, I was making a mistake by solely sticking to Suze Orman’s advice. There are a plethora of thought leaders who provide financial guidance and I was completely unexposed to their effective ways of tackling finances. I discovered Clark Howard, who taught me how to live large on a shoestring budget. I also discovered Dave Ramsey and his book, Total Money Makeover, which was so good that I read it in its entirety in less than 24 hours. An eye-opener from that book is that we tend to treat student loans as pets by feeding them and keeping them around for a long time. Instead, we need to get angry about debt and punch it in the face (aka get rid of it). I also got into Dave’s podcast, initially listening to it on a daily basis for three hours because I simply could not get enough! I learned his 7 Baby Steps and applied them diligently (but I have a confession: I still use my credit cards against Dave’s advice, however I pay them off every month… I promise!).

To get started with the 7 Baby Steps, you need to save $1000 for any emergencies that may arise.

List all your debts (from smallest to largest). Begin paying only the minimum payment for all your expenses. If there are additional payments that can be made, put that toward the lowest debt. Repeat this until the smallest debt disappears, then move on to the next debt until all the debt is paid off.

After completing your budget, you will have an idea of how much you need to sustain your means of living on a monthly basis. Based on that, save three to six months of it as a fund for any potential emergencies. This should be done only after you have paid off all of your debt.

Allocate 15% of your household income into retirement to maximize your investments.

Start saving for college [if you have young kids] to financially support their college career(s).

Once you have invested 15% in your retirement account(s), saved for kids’ college(s), and still have a good amount of reserves, use a big chunk of the remaining funds toward mortgage to pay off your house early.

Building wealth is definitely doable if all your money comes to you monthly instead of it going toward bill payments.

These steps have saved my life. I am someone who thinks in bullet points, and having these steps to follow made organizing my personal finances so much easier. As soon as I learned this process, I immediately worked on a written budget, put away $1,000 for an emergency fund, and aggressively followed the debt snowball method. I have to admit that I initially tried to do it my way by paying off the highest interest rate debt first, but the needle was not moving. When I started paying the smallest debts and witnessed them diminishing, those small wins kept me motivated and helped me stick to the plan. Once the debt was paid off, I started putting money away for an emergency fund, then I began putting 15% into retirement, and then working on the college fund followed.

I must say, Dave’s 7 Baby Steps have been a game-changer in the health of my finances. I just wish I knew about this sooner, but as the saying goes, “when the student is ready, the teacher will appear.” Having this blueprint is life-altering and I encourage you to give it a try. If you have debt and you would love to pay it off, Dave Ramsey’s plan is for you (FYI, I am not getting paid to promote this; but I am speaking as someone who has reaped the benefits of it). When it comes to debt-free living, he is the ultimate expert.

One of the main pillars of living a balanced life is having financial freedom and keeping your finances organized so you do not feel the need to overwork and burn yourself out.

As always, I encourage you to self-experiment with this plan and see what comes out of this; but be careful, paying off your debt can be addictive. Enjoy the ride!

Curious about coaching, want to get coached? Book a FREE 60min balanced life breakthrough session with me. Click this link Sign Up! 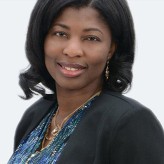 How to Create Your Own Affirmations

Why You Should Read Books

Eleven Things I Am Grateful For

How To Work Less And Maintain Financial Stability

Three Things That Transformed My Life